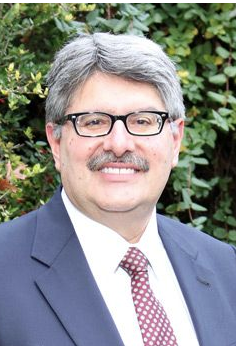 In the middle of West Texas, you do not expect to find a dentist who was born in Kenya and received his secondary education in England from King's School in Gloucester and initial dental education from the prestigious King's College Hospital, part of the University of London, but that is exactly where you will find Dr. Max Teja.

After graduating from King's College in 1978, Dr. Teja practiced in both England and Kenya before moving his family to the United States. Upon relocation to the US, he attended the University of Texas Health Science Center in San Antonio, Texas where he graduated with honors in 1991.

Enchanted with the Texas Hill Country and Texas in general, Dr. Teja and his wife, Karin, decided Mason was where they wanted to raise their two children. Dr. Teja opened a practice there in June 1993. Both children finished high school in Mason where they were active students and star athletes. In October 1998, while still in Mason, Dr. Teja acquired a satellite practice in Ballinger. He commuted between the two offices to allow his children to complete their high school education in Mason. The Teja children have both now graduated from Texas colleges and are pursuing their chosen career paths.

In 2005, an opportunity unlike those before presented itself to Dr. Teja, a chance to open a dental practice in San Angelo. He and Karin worked tirelessly for two long years to remodel the interior of the San Angelo office to their exacting standards. Those standards have paid off in an office that feels calm, peaceful and is decorated in soothing colors of a home that everyone comments on the second they walk in the door.

Those doors opened in June 2007 and Dr. Teja believes everyone who walks through should feel like it is a home. In fact, every patient is a member of our dental family and is treated as such. Our dental family is of extreme importance to him and to the practice which is why he insists on doing more continuing education every year than is required by the State of Texas for his licensure.

A desire for excellence has been life-long. While in San Antonio, it definitely reappeared with his acceptance into the Implant Preceptorship, at that time; only five other students were accepted every year. He has expanded upon his Doctor of General Dentistry, with basic and advanced training in Mini Dental Implants, trained with world-renowned CEREC expert, Robert Conrad, and is proud to work with only metal free fillings. Dr. Teja has also trained extensively with Lumineers By Cerinate.

Dr. Teja is a member of the American Dental Association, The Texas Dental Association, an Associate Member of the World Clinical Laser Institute, Member of IAOMT ( International Academy of Oral Medicine and Toxicology), and the 2008 President of the San Angelo Dental Society. He is SMART Certified (Safe Mercury Amalgam Removal Technique) and is a certified provider of Oral Appliances for OSA (Obstructive Sleep Apnea). Dr. Teja also volunteers his time in Austin and San Antonio at health fairs with complimentary dental screenings for numerous organizations. His involvements have included the Ballinger Rotary Club, American Heart Association, and the Lion's Club.

No services were found. Please contact this provider for additional information
Social Media

Complete the form below and we will call you back at your preferred date and time. We are happy to answer any questions you might have about pain-free dentistry or our services and if appropriate schedule an appointment. We look forward to speaking with you!