DentalVibe featured in July 2020 issue of Inside Dentistry 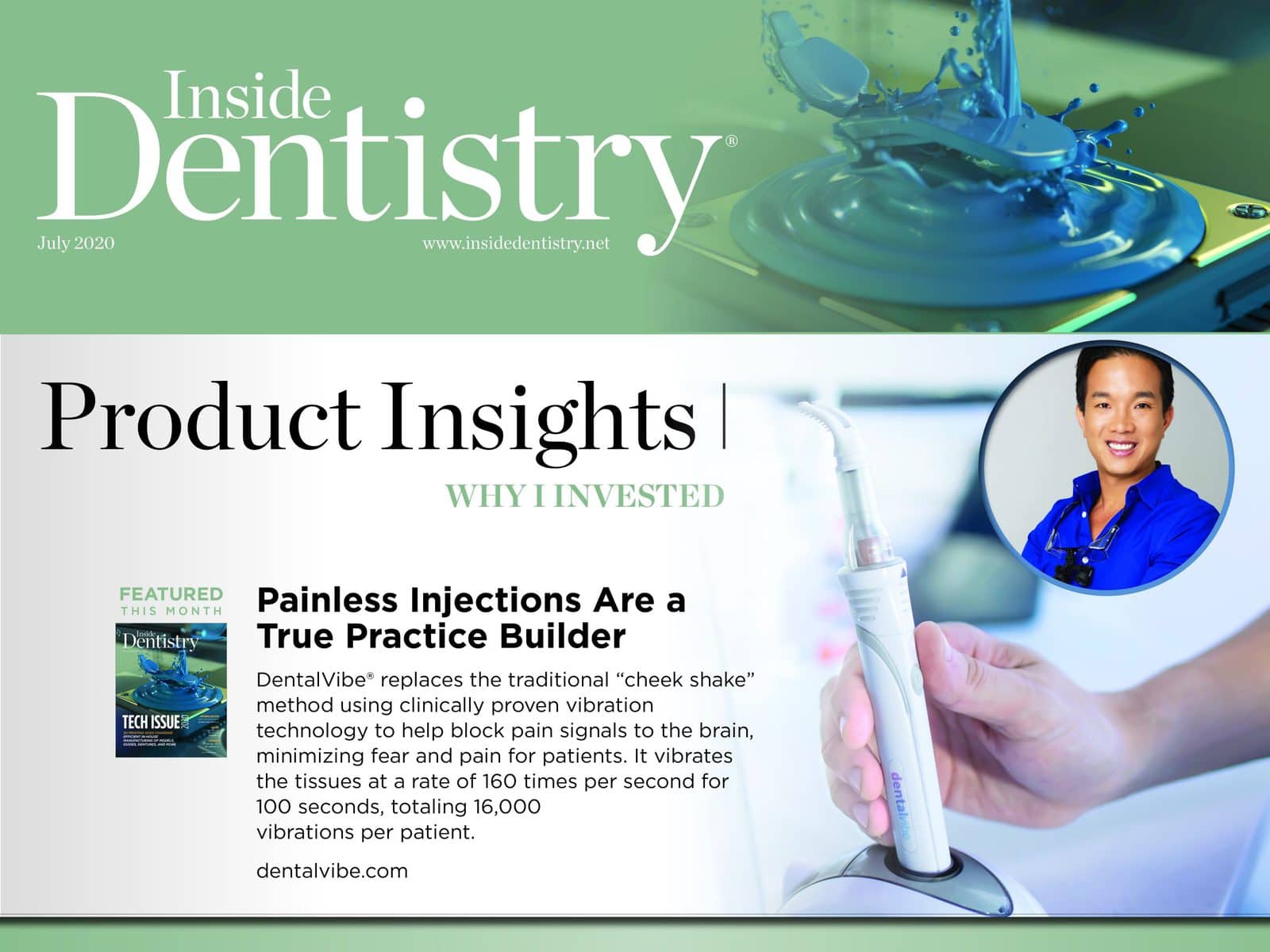 The July Issue of Inside Dentistry features an interview with Dr. David Ching and how DentalVibe® has helped to grow his practice!

At KidShine Pediatric Dental Group, the top priority for David Ching, DMD, is patient comfort. Take care of that, Ching says, and the revenue numbers will follow. That attitude has helped his Hawaii-based practice to grow from 7 employees to 53 during a 6-year period.

“Thinking like a chief executive officer is important in operating a profitable practice, but thinking like a dentist earns patients’ trust, and that is invaluable long-term,” he says.

Ching has thought this way for most of his career, which is part of the reason why he left a large group practice after 5 years as a general dentist to complete a 2-year residency in pediatric dentistry at Tufts University School of Dental Medicine. “I had an affinity for working with kids,” he says.

After his residency, Ching purchased his father’s pediatrics practice and began growing it. He opened a second location and later expanded into hospital services and orthodontics.

One of Ching’s primary goals in growing his practice was to develop a reputation for offering painless injections because experiencing injection pain is one of the biggest fears that patients harbor about visiting the dentist. “When you can deliver that kind of care, your business will grow,” he says.

During his residency, Ching had done a research project on the DentalVibe injection system’s effect on pain during local anesthesia injections in adolescent patients, ultimately publishing his work in the Journal of Pediatric Dentistry and presenting it at the American Academy of Pediatric Dentistry’s annual meeting, so it made sense to utilize DentalVibe® in his practice.

“It has been a practice builder because parents see that we take the extra step to ensure that their kids do not experience fear or pain upon injection,” Ching says. “With DentalVibe, we can confidently say to parents that we can give injections to their kids that are accompanied by a reduced perception of pain or no perception of pain at all.”

Replacing the traditional “cheek shake” method, DentalVibe vibrates the tissue at a rate of 160 times per second for 100 seconds, totaling 16,000 vibrations per patient. It has been shown to significantly change patients’ perceptions of dental treatment. Among one sample of patients who received treatment with DentalVibe, approximately 95% reported that it had changed the way that they viewed going to the dentist.

The indirect return on investment is evident for Ching. In 2018, KidShine Pediatric Dental Group was honored by Pacific Business News as one of Hawaii’s 50 fastest-growing small businesses.

“DentalVibe is a marketing tool as well,” Ching says. “When patients see it or hear about it, they are drawn to our practice.”

Ching produces online educational videos with live patients that demonstrate how to use DentalVibe with nitrous oxide. He says that DentalVibe has even helped him to attract and recruit new dentists to his practice.

“We have two types of clients. One is the patient and the other is our dentists,” Ching says. “This is a great tool that dentists know will be at their disposal when they join our practice. We want to have the best facilities and the best equipment, and DentalVibe is one of the tools that gives us a competitive edge and separates us from other practices.”

“Just like any other tool, you need to become comfortable using it,” he says. “When we first brought DentalVibe® into our practice, I used it consistently because I had done research on it and believed in it. There was some initial resistance from the other dentists; however, after trying it and seeing how effectively it worked, they all eventually started using it consistently. Once dentists see the results, they get positively reinforced by how well it works.”

Ching’s strong belief that there is indisputable evidence of the product’s value led him to accept a role on DentalVibe’s clinical advisory board.

“Working with that team has been wonderful because DentalVibe is such a great product,” Ching says. “It really has been a major factor in growing my practice.”